Holy crap, I am so excited to share this anchor submission with you all! It’s awesome jive-assery of the “over-engineered macrame project” variety (my favorite style). Beyond that it’s just bizarre. It’s from the Ouray Ice Park (hard to believe, I know) and the photos were submitted by Kent Bailey, who was visiting the park for the first time.  Kent calls this beast “The Bow Tie”, which is aptly named, as you can see. 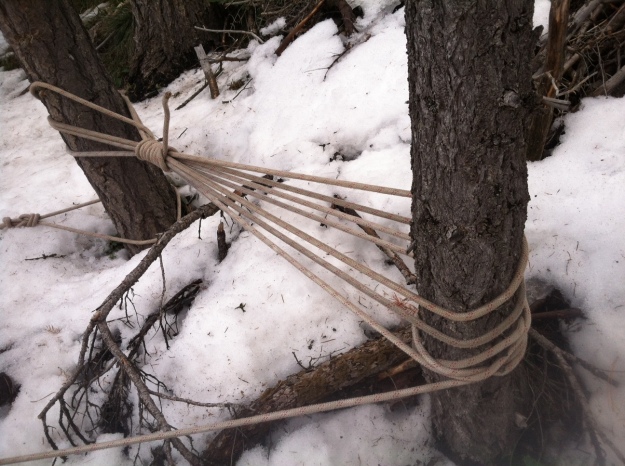 As you can see, this is a redundant two point anchor. One anchor point is that simple loop of rope tied around the left tree with a knot I can’t quite identify. Here is a closer view. Any ideas anyone? 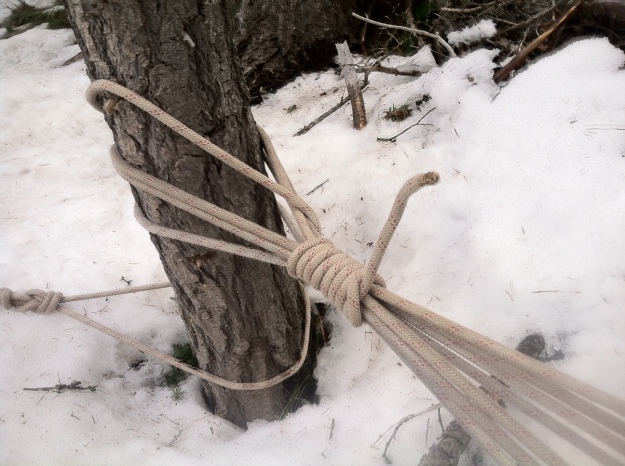 That knot on the left edge of the photo: it doesn’t quite look like a bowline. Not sure what it is. At any rate, here is a third photo from another angle: 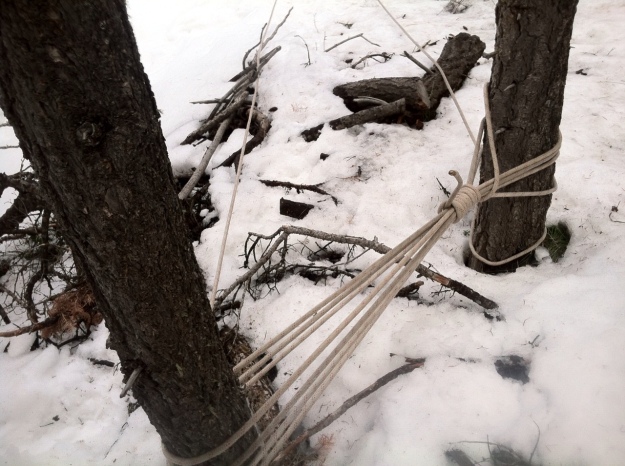 Let’s move onto the second anchor point of this redundant anchor. It appears to be the load end of that elaborate spiderweb of rope wrapped around the two trees and tied up in a bow. You can see it better in figure 1. Yep. Looks like that’ll hold. I think it’ll hold. Which brings us to the question–to the elephant in the room as it were: why are those two trees bound together with that macrame project of rope? Is the idea to keep one of them from uprooting and getting yanked down the ice wall? They seem like pretty stout trees to me. Is this intended to be an art installation? In the end it really doesn’t look all that dangerous. It’s just…well…bizarre. I really don’t get it. I think Kent put it best when he wrote “I’m not really sure what all is really going on in this anchor.” My thoughts exactly, Kent. This is Jive-Ass Gold!